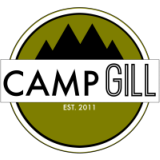 We started the 2015 camping season out with a bang. After a historically freezing cold February, we decided to make a last-minute reservation in Myrtle Beach, SC. We sprung into action packing and getting the Rav4 and camper ready in time. Our excitement soon faded as the trip down was nothing short of a nightmare. Much to our surprise, the new additions to our family (Huck and his fur-brother Hans) were not the problem. Marleigh did fine too, as usual, on such a long car ride (despite telling us a few times that "I can't do this" or "this is very naughty being in the car"). Through West Virginia, a snowstorm that had us traveling 25mph for about 2 hours at 3:30 am. Why were we on the roads of West Virginia at 3:30 in the morning? Because the heater in the camper was not working due to a fuse problem in the Rav4. We woke up from a 2 hour sleep in the Walmart parking lot in Weston, WV with a freezing cold camper and none of the lights working. This same fuse problem led to losing our lights a half dozen times on the way down. We were surprised to still be driving with snow flurries in the air by the North Carolina state line. Things were not looking good for our first trip of 2015.

By the time we reached Myrtle Beach, we were exhausted. However, the weather was nice and it felt good to be outside for seemingly the first time in months. We took walks, played on the beach, went to Ripley's Aquarium, and enjoyed smores with strawberries on them! Our time spent there was great and easily made up for the hellish ride down. Huck, Hans, and Marleigh all did amazing being so far removed from their comfort zones. They played outside and soaked up as much sunshine as possible before our stay was over. The ride home was much less eventful, which was a welcome relief. For the first time, Gills Go Camping left New York State and did so in a big way. What a great start to the 2015 camping season! 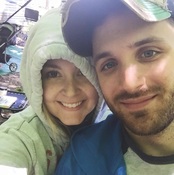 The weekend before, Tyler and Lauren invited us out to go for a walk at Sprague Brook Park. It had been a while since we were there last and had only camped one time. Evan's 1st birthday party at Tyler and Lauren's house prompted us to try it out once again. We made the short drive over Friday evening and set up camp. We were greeted with a very nice campground, lots of playgrounds for the kids, and a good size fishing pond just a few steps away from our site. If we could have dialed the wind down just a little bit, it would have been the perfect evening.


That is, until bed time. Huck slept terrible the first night, seemingly content to not sleep at all. This made for a long day Saturday with the birthday party (at which Marleigh was excited to be included in playing games with the bigger kids). The party was great though with lots of family and friends there to celebrate Evan's first year of life! We left around dinner time and came back to start up a fire and relax for the evening. Uncle Dave and Aunt Ann came and had dinner, went for a walk to the playground, and stayed for a bonfire and smores. It was a great evening.


That is until bedtime, again. Huck again did not require sleep. For the second straight night he was awake for the majority of the night fussing or often times playing in his pack and play or our bed. In the morning, we could not pack up camp quick enough and left for home to rest up and recharge from what turned out to be an exhausting weekend.


Overall, we really enjoyed Sprague Brook as a place to camp. There were plenty of great sites, a ton of different playgrounds, ponds, creeks, and woods to explore, and wildlife and great views. All 25 minutes from home. We will definitely be back in to camp here again, hopefully more relaxed and rested than this weekend!

This weekend, the guys of the hunt club used Saturday to complete some much needed work at the George property. This gave everyone a perfect excuse to camp overnight when the work was done! Tyler and Lauren (and Evan) set up their tent and Jerry George brought back his camper to the usual camp spot. Even some new faces to our camping scene stayed the night (Curt Gracie and Tyler's cousin and his wife). We set up the camper, had a great dinner and watched the sun set over the rolling hills. Once the kids went to bed, we let our hair down a little bit and played Hammer and Nails and enjoyed burning the two large piles of brush that the guys collected that day. The next morning, we enjoyed each other's company for a few hours and headed home. A great way to spend a beautiful evening and all thanks to the beautiful property at Georgelandia!

We like to explore. To date, the only campground we have stayed at twice has been Lake Harris in the Adirondacks. When we found Golden Hill State Park on Lake Ontario, it was mainly because it looked like the only place we could camp on the water for Father's Day weekend. By the end of the first evening, we are confident that this campground is the first one to get a perfect score on our homemade "Campground Index" that we use to keep track of the pros and cons of each place we have stayed. It was absolutely gorgeous. Our site was right on the water, albeit a steep drop down, and provided breathtaking views of the lake. Our first night there, we watched the sun set just beyond the old lighthouse that the park is most known for and tried our best to soak it all in.


The next morning, we decided to take the nature walk that connects the campground to the boat launch area. It proved to be about a mile of beautiful trail that meandered along the lakefront and through portions of the woods in between. It was the perfect way to spend the morning with the kids and Hans. The sun was shining, birds chirping, and life was good. After the kids took naps, we took the obligatory tour of the lighthouse (although it only took about ten minutes, it really was worth the $1 for admission) and then took Marleigh to the playground. It has been fun to watch her grow up and be more interactive with other kids. For the first time, we were actually able to sit on the bench and watch her instead of chasing her around!

That night we settled in for a good dinner, short bon fire, and an early bed. Overall, this camping trip was easily the most relaxing and enjoyable trip of the year. Hopefully it is a sign of more things to come!

Our annual 4th of July camping trip moved from Lake Harris to Limekiln Lake in the Adirondacks this year. We (our family, Mimi and Papa, Rachel and Andrew, and Jessie, Brian, Ava, and Cora) all got to the campground on Thursday and stayed until Sunday. Two of the three sites were right on the water (Jessie and Brian booked later so their site was a short walk away) and we enjoyed the views of the lake and small mountains beyond. At the far end of the campground, there was a nature trail that led to Limekiln falls and the Limekiln swamp that we enjoyed walking to. Also, the beach was right near our site too which the kids enjoyed! We spent our time going for walks around the beautiful campground, shopping in Inlet, and playing some of the new games that we bought for the trip (like the kids version of ring toss). One of the evenings, we decided to hike Rocky Mountain which is just outside of the village of Inlet. Marleigh hiked the entire thing by herself, all 2250 feet of it, and really got the itch for hiking! Unfortunately, on our last night there, the fireworks got rained out as a good rainstorm moved in at about 7 PM. Overall, we had great weather, great sites, and great times!

Our third stop on our Adirondack camping excursion was supposed to be a two night stay at Eighth Lake before going directly to Pappy's house for Zak's graduation party. We stayed at Eighth Lake about 4 minutes before deciding that we didn't like our site or the campground for that matter. Instead, we decided to go out to Pappy's a few days early to help prepare for the party.


The first night, we hung out in the garage, cleaning and organizing and listening to music. I think that both Zak and Pappy enjoyed the company and the help. The following day, Friday, we mowed the lawn, dug the horseshoe pits, cleaned, organized, set up the grill, erected the shooting house, and had some great pizza and wings to cap it all off. Marleigh enjoyed running around, riding on the tractor, and helping Mommy paint a "Pappy's Dude Ranch" sign to commemorate the inaugural camping trip of the "new ownership" of the house and property.


Finally came the graduation party. We had a lot of fun seeing family, shooting guns, playing Kan Jam, and riding our bikes into the pond. Unfortunately, at the end of the night, Hans got scared by the fireworks and ran away. We spent the rest of the evening and the entire next day searching for him up on the hill and the properties beyond with no luck. Sunday night, Sammi and the kids went to stay at Mimi and Papa's house while Luke continued the search by both car and tractor. Fortunately, the following morning, Hans was sleeping outside of the camper and was a muddy and hungry mess!


Overall, we enjoyed the first trip to Pappy's Dude Ranch under the new management. Zak's party was a lot of fun and camping for a few days was a great way to extend our camping trip and help out when it was most needed. For the first time, we had spent over a full week (11 days) in the camper! None of us wanted to go home!

Our final camping trip of the season was to Camp Chautauqua with the George family (and Uncle Dave and Aunt Ann). We booked sites in the woods and enjoyed large bonfires, the pontoon boat that the George's rented, a Jimmy Buffet tribute concert out on the lake (!), and watching the move Home on the projector screen with the kids.  Highlights from this camping trip would be the good food, good company, and playing Cards Against Humanity until late into the evening. It was a great end to the camping season (albeit wayyyy to early in the year: we planned to do more camping but going back to work in September and poor weather prohibited that from happening).

For opening day of hunting season, Luke took the camper out to Camp George for a guys weekend. With no snow in the forecast and a new truck to test out, Luke and Grandpa loaded up the camper and hunting equipment and headed for Arcade. We hung out with Tyler, Jerry, and a few other guys who were hunting Opening Day and enjoyed time around a bonfire and the comradery of hunting season. It might not count as a full-blown camping trip, however, The Gills Go Camping officially started the year in March and ended in November. A camping season that is 9 months long is nothing to be too ashamed of!